A place where Mr. Anthony's students can come and discuss lesson's, test taking tips, and help eachother with anything science.

hey so I need help.

What part did you need help with, making the web page, or connecting it to science.

I would be happy to help you with either, and/or both!

Medical Analysis is a more detailed version of the Scientific Method. Most patients come to you suspecting that they have a certain condition. By interviewing them, you draw a conclusion (a Hypothesis) that you evaluate by running tests (your Experiment). You compare the test results to your hypothesis (Analysis) and determine if you need to run more tests and create a new Hypothesis. If the test results confirm your hypothesis, then you would prescribe a treatment, either surgury or medicine (which would in effect be a second Experiment to confirm your earlier analysis.)

You could follow synopsis with an example analysis, going over what symptoms would lead you to the conclusion and what would be a corrective action. Keep it simple, don't choose a condition that would need a medical degree to diagnose.

This is just one angle. I'll put up others after I give some classmates a chance to respond. 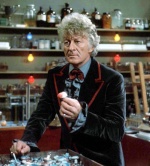 Hey KImm Um heres a website u could go too http://medical-dictionary.thefreedictionary.com/analysis

go to wiki everything is there